stars Switzerland alumni chapter meeting
Competition Without Catastrophe: Can the US and China Both Challenge and Coexist With Each Other? And What Does That Mean For Business?
HUANG Jing, Chief Strategist and Vice Chairman, Academic Committee, Grandview Institution, Beijing, China
6 November 2019, 11.30-14.00
Au Premier, Zurich Main Station 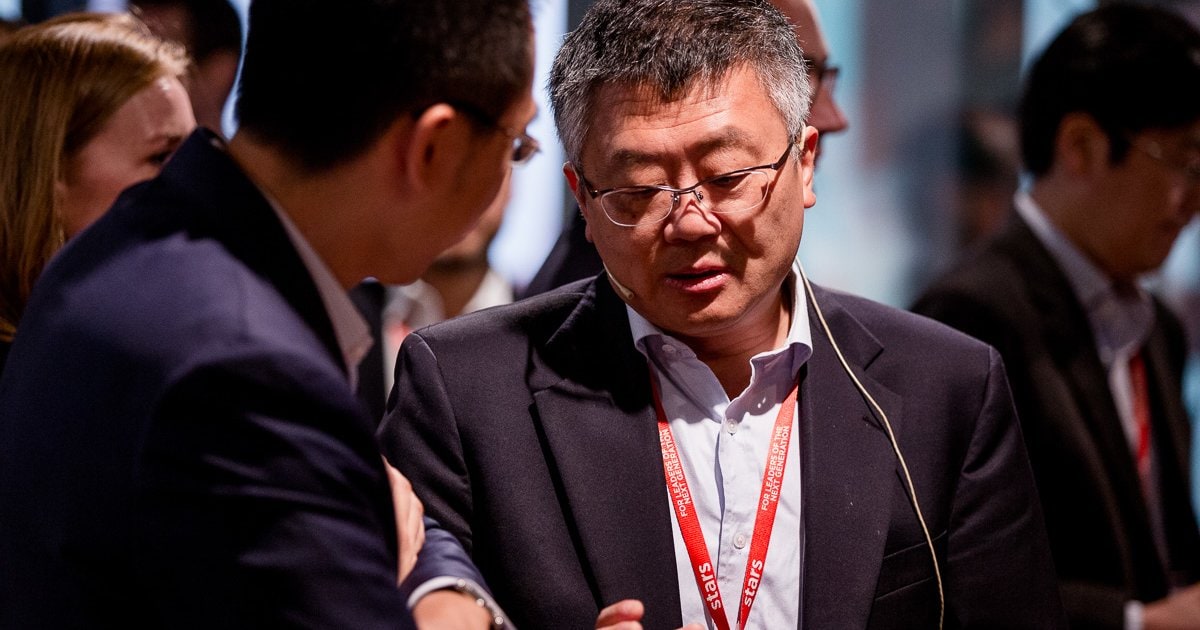 The US and China are in the midst of a consequential rethinking of their foreign policies. As the Trump administration’s National Security Strategy made clear, Beijing is now seen in Washington as a “strategic competitor”. However, it remains unclear what exactly the US and China are competing for and what a plausible desired outcome of this competition might look like. Despite the many divides between the two countries, each will need to be prepared to live with the other as a major power. Such coexistence would involve elements of competition and cooperation.

At this stars alumni chapter meeting, Chinese-American political scientist Prof. Dr. HUANG Jing, one of the world’s foremost experts on US-China relations and member of the stars Scientific Board, will share his view on how inevitable tensions between Washington and Beijing can be prevented from turning into outright confrontation and what all of this means for doing business in the two largest economies in the world.

Prof. Dr. HUANG Jing is the Chief Strategist and Vice Chairman of the Academic Committee at Grandview Institution. He is also a University Professor and Dean (Academic Affairs) of the Institute of International and Regional Studies at Beijing Language and Culture University (BLCU). Before joining BLCU, Prof. Huang was the Lee Foundation Professor on US-China Relations and Director of the Centre on Asia and Globalization of the LKY School of Public Policy at National University of Singapore (2008-2018), Senior Fellow at the Brookings Institution (2004-2008), Shorenstein Fellow at Stanford University (2002-2003), and Associate Professor (tenured) of Political Science and Director of the Asian Studies Program at Utah State University (1994-2004). Prof. Huang also taught at Harvard University as an instructor in 1993-94.

Prof. Huang’s main research and teaching interests include security in the Asia-Pacific, US-China relations, Chinese elite politics, China’s foreign policy and its development strategy. He is the author of numerous papers and journal articles and has published hundreds of columns and op-eds in major newspapers and magazines. Prof. Huang has authored two books: Factionalism in Chinese Communist Politics (Cambridge University Press, 2000), which won the prestigious Masayoshi Ohira Memorial Prize, and Inseparable Separation: the Making of China’s Taiwan Policy (World Scientific Press, 2010). He edited or co-edited seven volumes on the South China Sea, the environmental policies of Asian countries, and the development of Russia’s Far East and Siberia.

As an internationally renowned scholar, Prof. Huang has provided policy advice for governments, NGOs, educational institutions, think tanks, and businesses for countries in Asia, America and Europe, including China, the United States, Russia, Japan, India, South Korea, Norway, Germany, Vietnam, Australia, Malaysia and Singapore. Prof. Huang is Richard von Weizsäcker Fellow at Bosch Academy (2013 – present) in Germany. He also serves as a member of the stars Scientific Board and on the board of several companies and foundations in and outside China.

Grandview Institution
Grandview is an independent think tank in Beijing, with over 100 resident and non-resident researchers, focusing on policy-oriented issues in China’s security, development, foreign policy, maritime affairs, One Belt One Road and major power relations, and with a special focus on Europe and America. Established in 2013, Grandview has become a major non-government platform for in-depth exchanges between Chinese scholars and experts with their peers from the outside world.

This site uses cookies. By continuing to browse the site, you are agreeing to our use of cookies.

We may request cookies to be set on your device. We use cookies to let us know when you visit our websites, how you interact with us, to enrich your user experience, and to customize your relationship with our website.

Click on the different category headings to find out more. You can also change some of your preferences. Note that blocking some types of cookies may impact your experience on our websites and the services we are able to offer.

These cookies are strictly necessary to provide you with services available through our website and to use some of its features.

Because these cookies are strictly necessary to deliver the website, refuseing them will have impact how our site functions. You always can block or delete cookies by changing your browser settings and force blocking all cookies on this website. But this will always prompt you to accept/refuse cookies when revisiting our site.

We fully respect if you want to refuse cookies but to avoid asking you again and again kindly allow us to store a cookie for that. You are free to opt out any time or opt in for other cookies to get a better experience. If you refuse cookies we will remove all set cookies in our domain.

We provide you with a list of stored cookies on your computer in our domain so you can check what we stored. Due to security reasons we are not able to show or modify cookies from other domains. You can check these in your browser security settings.

We also use different external services like Google Webfonts, Google Maps, and external Video providers. Since these providers may collect personal data like your IP address we allow you to block them here. Please be aware that this might heavily reduce the functionality and appearance of our site. Changes will take effect once you reload the page.